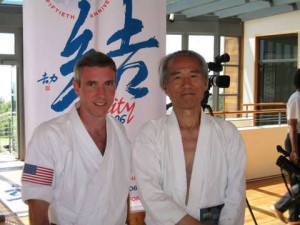 Bobby Bird (yodan, dojo leader) – Bobby began practicing Shotokan Karate in 1980 under Byron Snowball of the Bronx Dojo.  Bobby has led the Memphis Shotokan Dojo since 1992.  Bobby has won numerous awards including placing second in international competition as a member of the AAU USA Karate Team.  He has represented SKA as a member of the US team competing in France and Spain.  In 2007 he was promoted by Ohshima Sensei to the rank of  yodan (4th degree black belt). 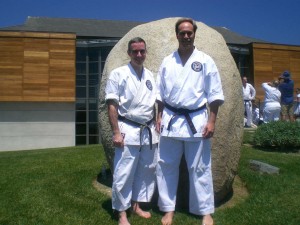 Keith Kirk (sandan) – Keith began training in Kempo Karate in 1974.  Keith has won numerous awards competing in regional tournaments throughout the mid-south.  He has represented the Mid-West at the at the Nisei Week Tournament in California.  In 2011 he was promoted to the rank of Sandan (3rd degree black belt). 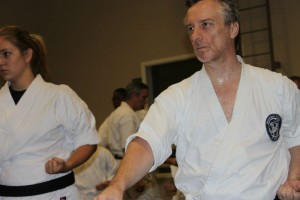 Steven Ethridge (nidan) – Steve is one of the original members of the Memphis Shotokan Dojo.  He began training in 1989 under Bobby Bird.  He was named SKA National Member of the Year in 2013.  He earned the rank of Nidan in 2013 at the Midwest Summer Special Training.